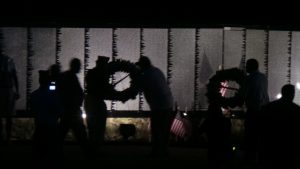 The brave members of our armed forces and their families make sacrifices, serving our country to protect freedoms across the world.  As a state representative and an American who is grateful for veterans’ contributions to protecting peace and freedom, Rep. Stanley works ensure our veterans and their families are supported in every way possible.

Since taking office, Rep. Stanley has worked side-by-side with House members of the Joint Committee on Veterans and Federal Affairs to support and protect initiatives and services for our veterans. Rep. Stanley and his colleagues in the House are committed to ensuring that Massachusetts remains number one in the nation in providing services to our veterans.

As a member of the Way & Means Committee, Rep. Stanley supported a state budget which includes: 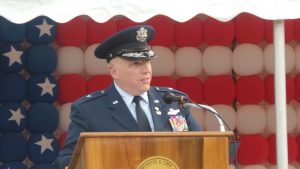 Rep. Stanley and his colleagues in the House unanimously passed “An Act Relative to Housing, Operations, Military Service, and Enrichment” (HOME Act).  Building on the successes of the Valor Act I passed in 2012 and the Valor Act II passed in 2014, the HOME Act provides important benefits to veterans and their families in terms of employment, housing, property tax relief, education and other services.

Other provisions of this legislation include:

Previously, Rep. Stanley has filed legislation and voted in support of omnibus bills known as the Valor Act I and II, some of the most comprehensive and innovative legislative changes to support and expand services for military personnel, veterans and their families.  These bills provide business opportunities, school services, employment education and health care support services to our state’s veterans and families.